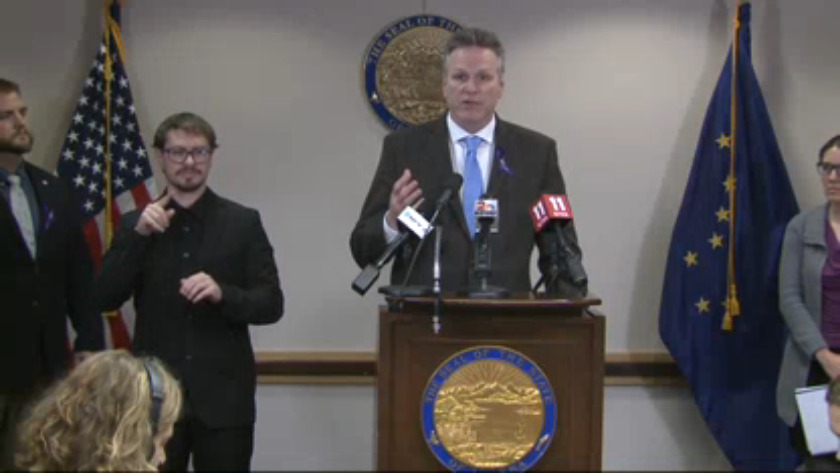 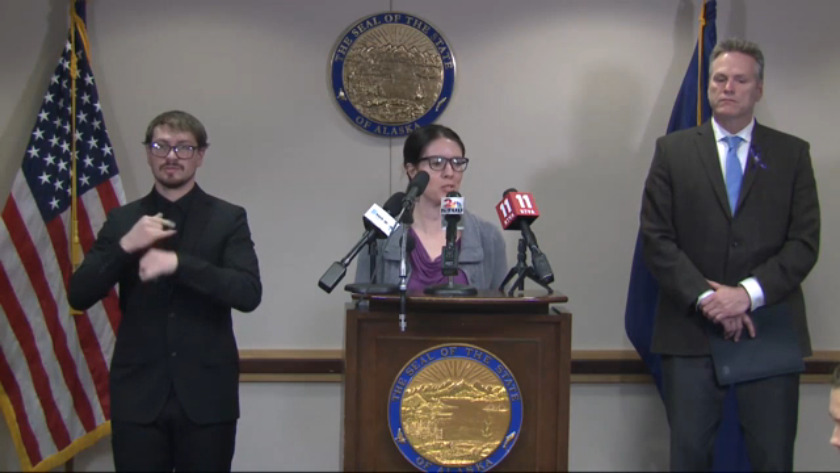 Gov. Mike Dunleavy announced Thursday that the state has seen its first positive case of COVID-19 the novel coronavirus. (KTUU)

The Governor held a press conference to announce the positive test result shortly after 5 p.m.

The patient is a foreign national who was traveling through Alaska. The man knew about the virus that causes COVID-19, self-monitored, protected himself, called ahead and was seen and assessed by a doctor, said Dr. Anne Zink, the State of Alaska's Chief Medical Officer.

The man was instructed to self-isolate, and did so, Zink said. He arrived in Alaska on a plane, she said. The governor's office confirmed the man arrived at Ted Stevens Anchorage International Airport on a cargo plane operated by a private company.

Zink said she believes the case is isolated and will be able to be contained better than a community-transfer case could.

When pressed for details on the individual, Zink replied, "I think it’s really important to emphasize I’m protecting people. I understand that you all want to know the details of this person," she said. "but again, our job is the health and well-being of all Alaskans, but part of that is treating each other with kindness and with respect and what we’ve really seen in other states is that when we identify information, people can be really aggressive, people can be really fearful."

Zink said her team is tracing the individual's movements. "They had been watching themselves because they knew they were an international traveler," she said about the person. "And as soon as they were developing some symptoms that were concerning, including a fever, they called and made the appropriate measures to get tested." She didn't have details yet about the person's movements within Anchorage but said, "from what we’re hearing from this patient they did an amazing job of incredibly self-isolating."

"Again we reduce our potential for contacting this virus if we wash our hands, I know it sounds simple, we distance ourselves, if we don't go in large crowds, we stay six feet apart, you know if you go shopping. And if someone's not feeling well, you don't go out of the house. You think of others, you treat others well. And again this is one of those times I'm hoping Alaska shines and I think we will by working together, treating people with respect," said Dunleavy.

Keri Gardner, the Chief Medical Officer at Alaska Regional Hospital said the hospital had been prepared for the first positive case of COVID-19, and that exposure to the patient was limited when he came to the Emergency Department.

Gardner said people should feel safe visiting Emergency Rooms, and should use the state's 2-1-1 system if they are figuring out whether they should go to the Emergency Room.

The state's site that has been posting updates on the number of cases said earlier Thursday that 59 cases had been tested, with 52 of them being returned negative from state labs. Seven were listed as negative from commercial or academic labs.