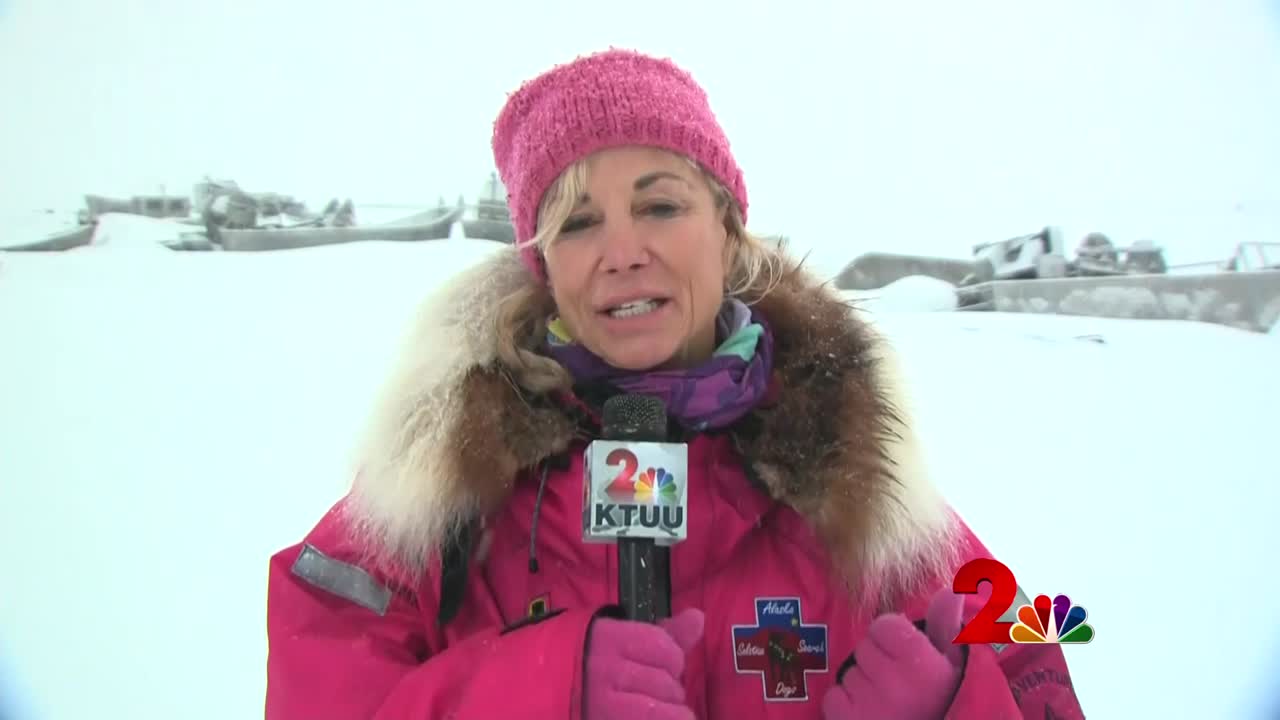 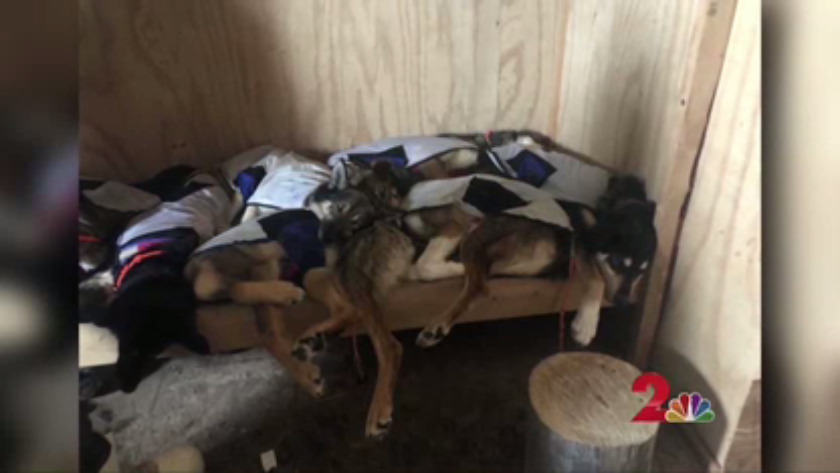 UNALAKLEET, Alaska (KTUU) — Updated 10:45 p.m.:
DeeDee Jonrowe talked with the Channel 2 Trail Tracker about what she saw this afternoon at the Shelter Island cabin, where Nic Petit took shelter with his dogs for most of the day.

She told Channel 2 she found Nic and his dogs cozy on the cot in the cabin. "What he had going on there was a mental health issue," Jonrowe said. "The dogs are fearful of this stretch of trail."

She said she's been in a similar situation before -- her dogs, trained in Willow, were afraid of the sound and sensation of the wind.

"One of the first things you have to do is get them out of the situation that they have fear of, because you're not going to fix that on the race," Jonrowe said. "You need to have them know that you have their best interests and welfare in your heart, and now they (Petit's dogs) know that."

Listen to the full interview above.

According to Petit, his dogs flew out of Shaktoolik "like a rocket" but, when one of his dogs went to go to the bathroom, another dog "got a hold of him at one point, he jumped on him while he was on the ground."

Petit then yelled at the older dog to leave the younger dog alone, and that's when Petit said the other dogs changed.

"Everybody heard daddy yelling. Which doesn't happen. And then they wouldn't go anymore. Anywhere," he said.