Dispatches from the Trail: Nikolai to Takotna 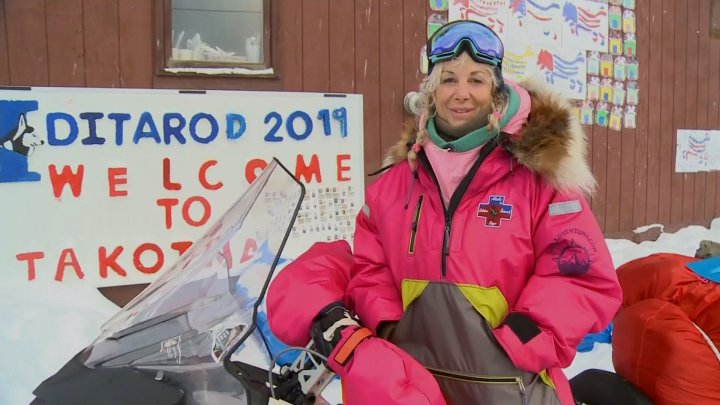 Dispatches from the Iditarod Trail: A night in Takotna 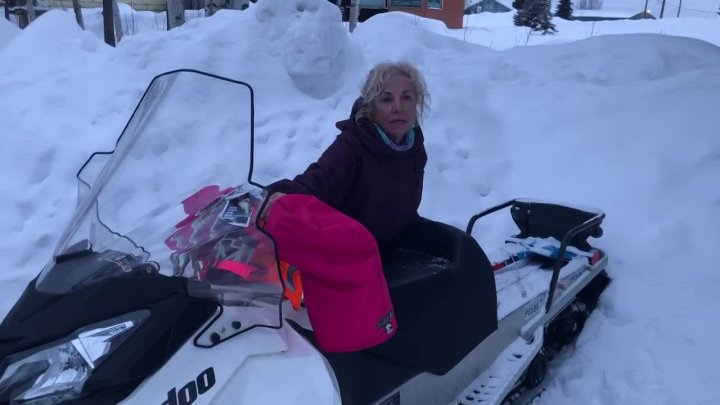 Dispatches from the Iditarod Trail: Nikolai to Takotna 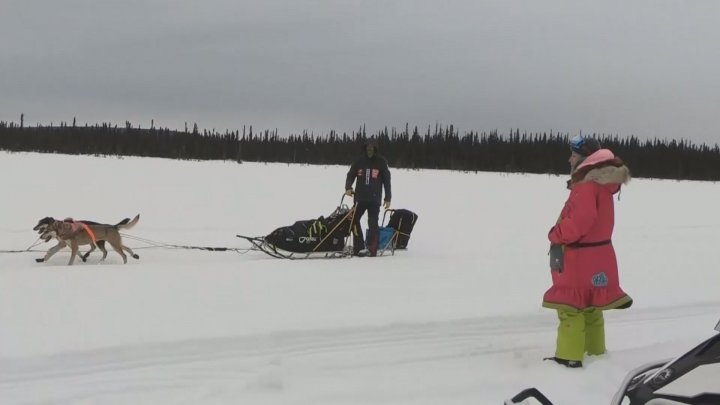 Dispatches from the Iditarod Trail: DeeDee sees Joar Leifseth Ulsom on the trail to McGrath

DeeDee has been traveling on the Kuskokwim River near where the trail comes on to the Kuskowkim.

From her experience on the Iditarod trail, the presence of a ski plane tells her that a musher has just pulled through Nikolai and is about to come on the trail.

Some of the trail hazards she's seeing in the sloughs are overflow, and though it's frozen, it creates an uneven, jagged trail. She says the nice soft, warm trail will still require booties for the dogs, as there are sharp chunks of ice in the mix.

As Jonrowe passed Nic Petit's team about 40 miles from McGrath, she says his team is looking good. "That's a nice looking dog team and he's got all of them."

When she sees Joar Leifseth Ulsom, she says his dogs aren't gaiting as smoothly as Petit's team. "But they were happy, and they were eager, and they were wondering what that distraction on the side of the trail is." She says a 13-dog team firing on all cylinders is still good.

In a second sighting of Petit's team, she witnessed the moose incident reporters heard about later in McGrath, about five miles away.

"It's actually going as if it wants to short-turn into his team," Jonrowe observed. "We're encouraging moose to stay off the trail."

In McGrath, Petit told reporters he didn't run into a moose "It was... racing us," he joked. "We won."

A night in Takotna

She says she got to see Joar Leifseth Ulsom on the trail before he came in. There were some discouraged fat-tire bikers who turned back to McGrath when they weren't able to scale a hill.

She talked about the battle wounds she's seen on mushers, including Richie Diehl's eye-catching eye injury from snagging a tree-branch on the trail. He's sporting some butterfly bandages and dramatic scratches underneath his right eye.