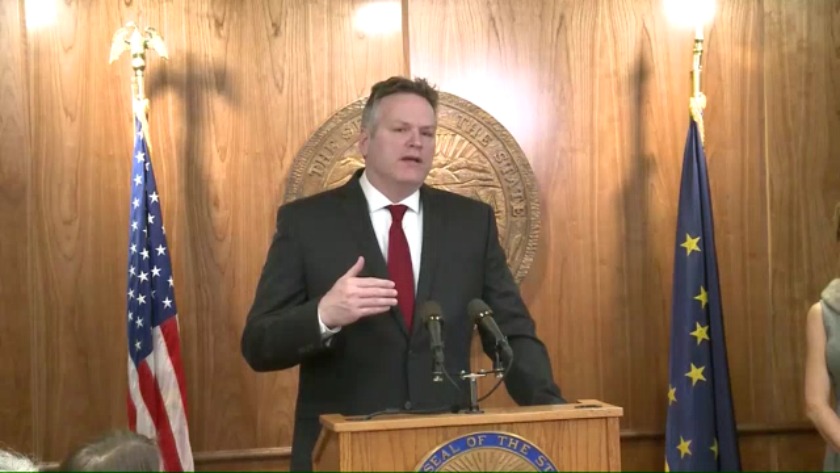 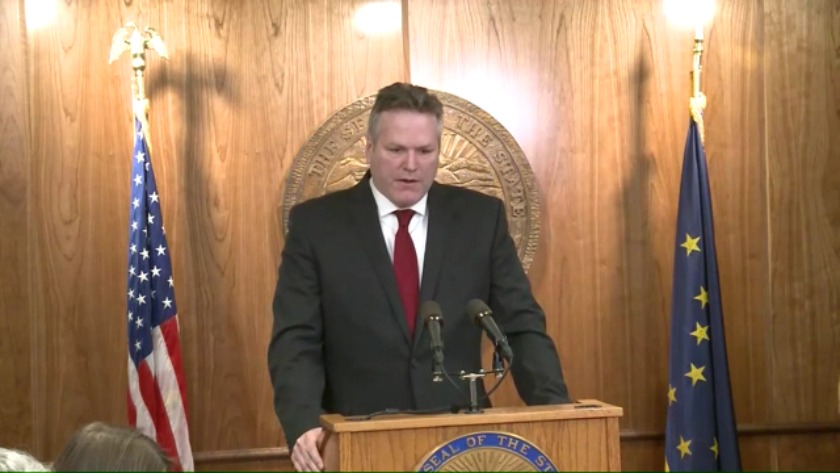 ANCHORAGE (KTUU) - Gov. Mike Dunleavy revealed his first budget Wednesday morning, including cuts to multiple areas of state funding. The press conference can be viewed in full above or in the Facebook Live post at the bottom of this story.

In the press conference, Dunleavy said a $1.6 billion deficit was the driving force behind the deep cuts, which he said would impact all Alaskans. According to the administration, the budget will show a little more than 700 lost jobs. The exact jobs being cut were not announced.

Dunleavy said keeping the PFD intact is a priority, as is public safety, but overall the message was that many departments would be reduced, including the University of Alaska, which looks to see $134 million in cuts.

University of Alaska President Jim Johnsen said those cuts will mean a 41 percent reduction to its operating budget, causing major reductions to faculty and staff.

“Cuts at this level cannot simply be managed or accommodated,” Johnsen said in an email. “If this budget passes the legislature, it will devastate university programs and services, and the negative effects will be felt in communities across the entire state.”

In an interview with KTUU this weekend, Gov. Dunleavy said the prioritized items in the budget are what he called "core services": Public Safety, Transportation, Natural Resources and Education.

Though education was named a core service, people in the education sector, traditionally one of the larger parts of the budget, were wary, and said there isn't anything left to cut.

"It's going to compel school districts to evaluate how they spend their money," Dunleavy said at the Wednesday press conference. "It's a local control issue."

Dunleavy said the two biggest cost drivers for the state are education and health and social services, which he said would receive much less money than they did last year.

Office and Management Budget Director, Donna Arduin, said Medicaid would see a cut of around $275 million while the Base Student Allocation would be reduced by $280 million.

The public safety increase is commensurate with Dunleavy's previously proposed crime bills, including investigators being consolidated in the Department of Law.

In addition to the cuts to education, Dunleavy's budget includes big cuts to the Alaska Marine Highway System. $98 million, or 75 percent of the state ferry system's budget would be cut.

Dunleavy said the cuts to Medicaid would not repeal the expansion to the program that was signed into law by previous Gov. Bill Walker.

Privatization was also mentioned as an option for the Marine Highway System, according to Donna Arduin, the head of the state’s Office of Management and Budget. Arduin also said that 500 Alaska inmates will be sent out of state, saving roughly $12 million.

Some of the deep cuts would be offset by change to the Petroleum Property Tax. Municipalities and boroughs where oil and gas are produced have been able to collect taxes to fund services, under Dunleavy's proposal that money would now fill state coffers.

Arduin said that would net the state around $400 million, boroughs impacted by the change spoke out about the impacts this would change would make to their revenues.

Senators call for moment of silence for COVID-19 victims

Senators call for moment of silence for COVID-19 victims