One Year Later: The Quake. The Aftermath. The Recovery. 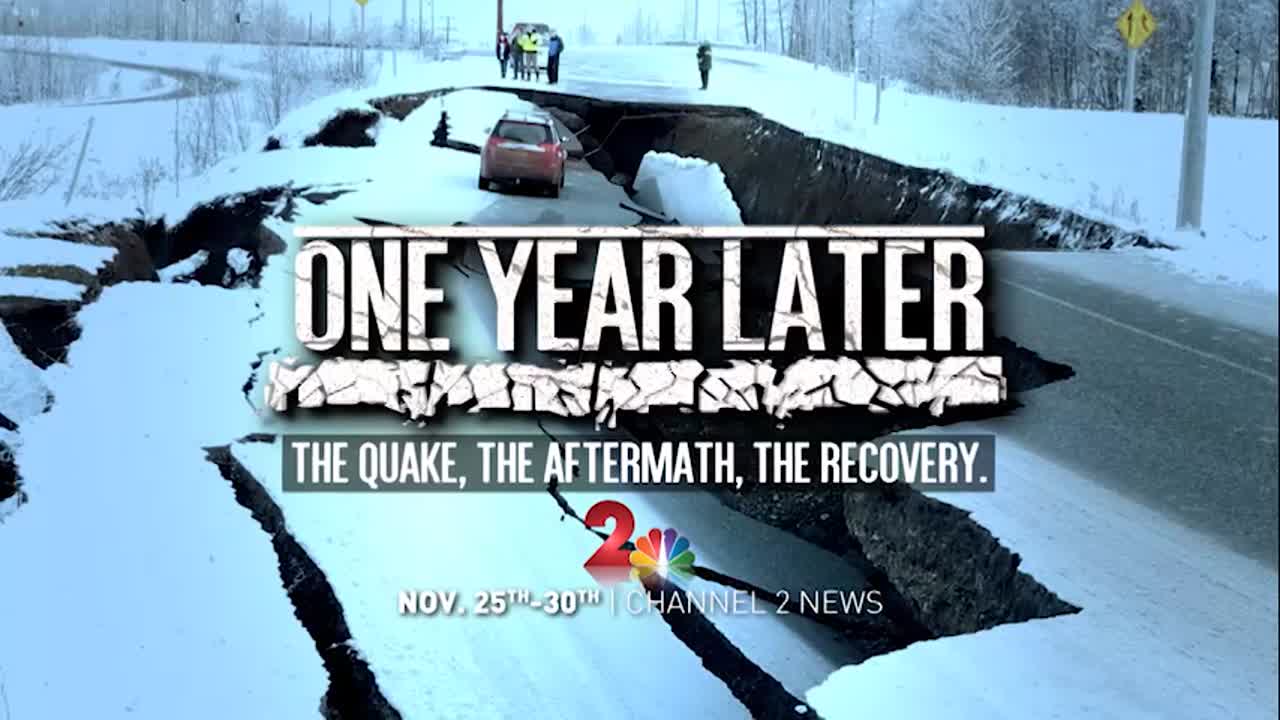 One Year Later: The quake. The aftermath. The recovery. 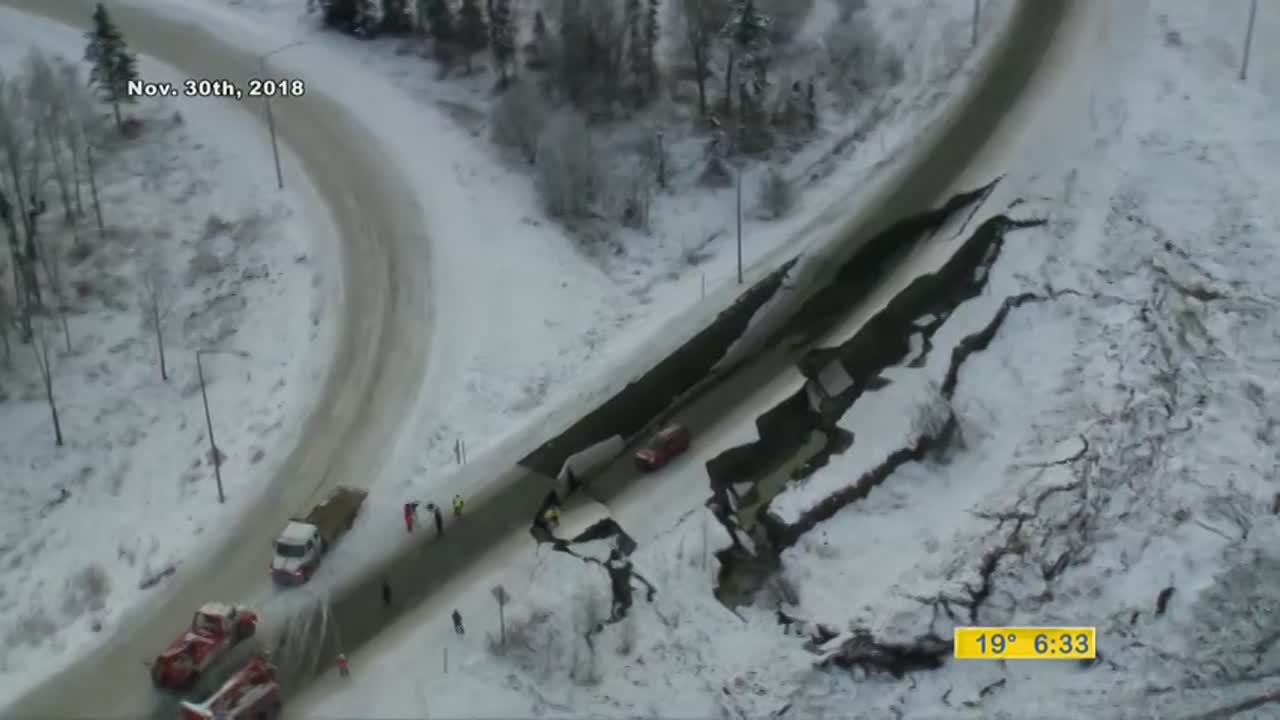 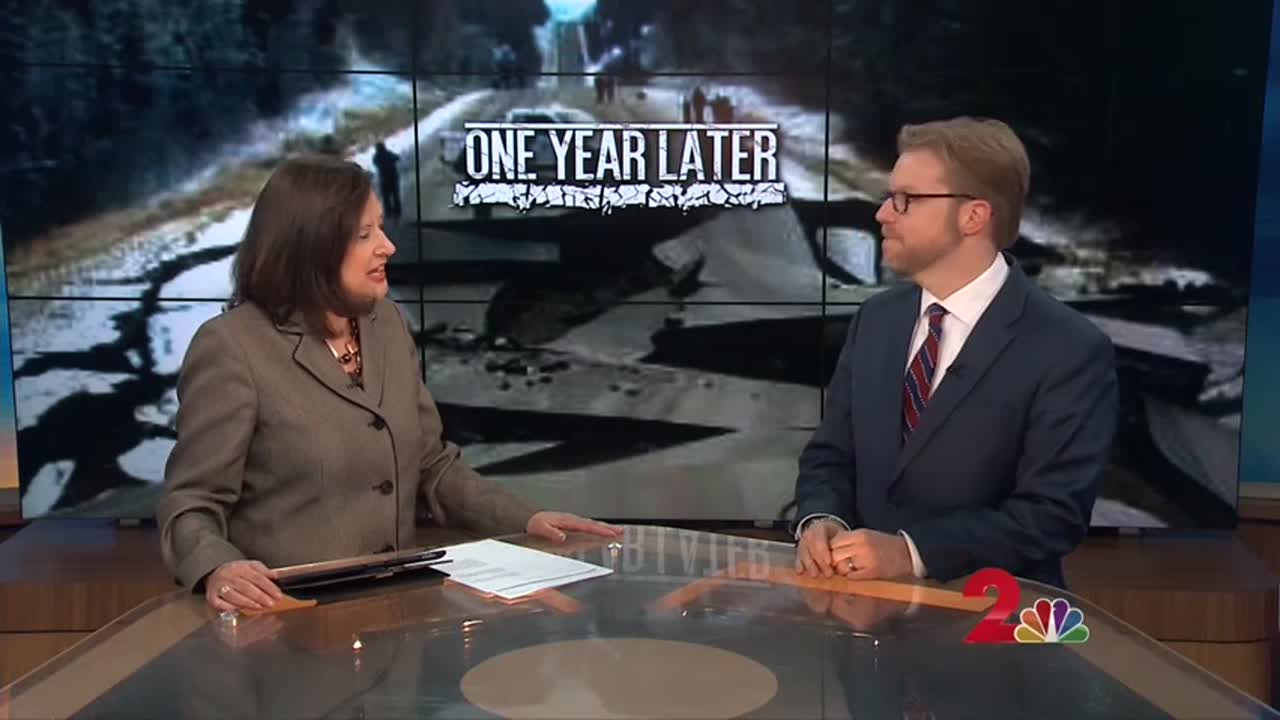 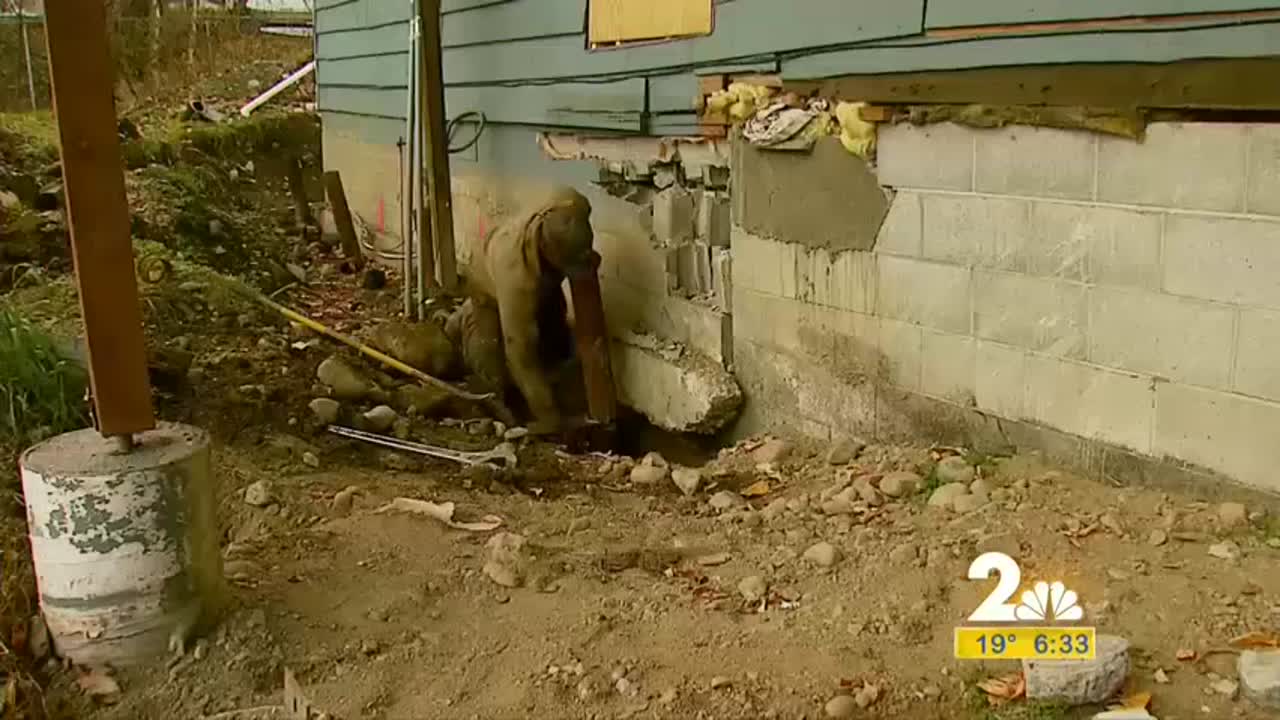 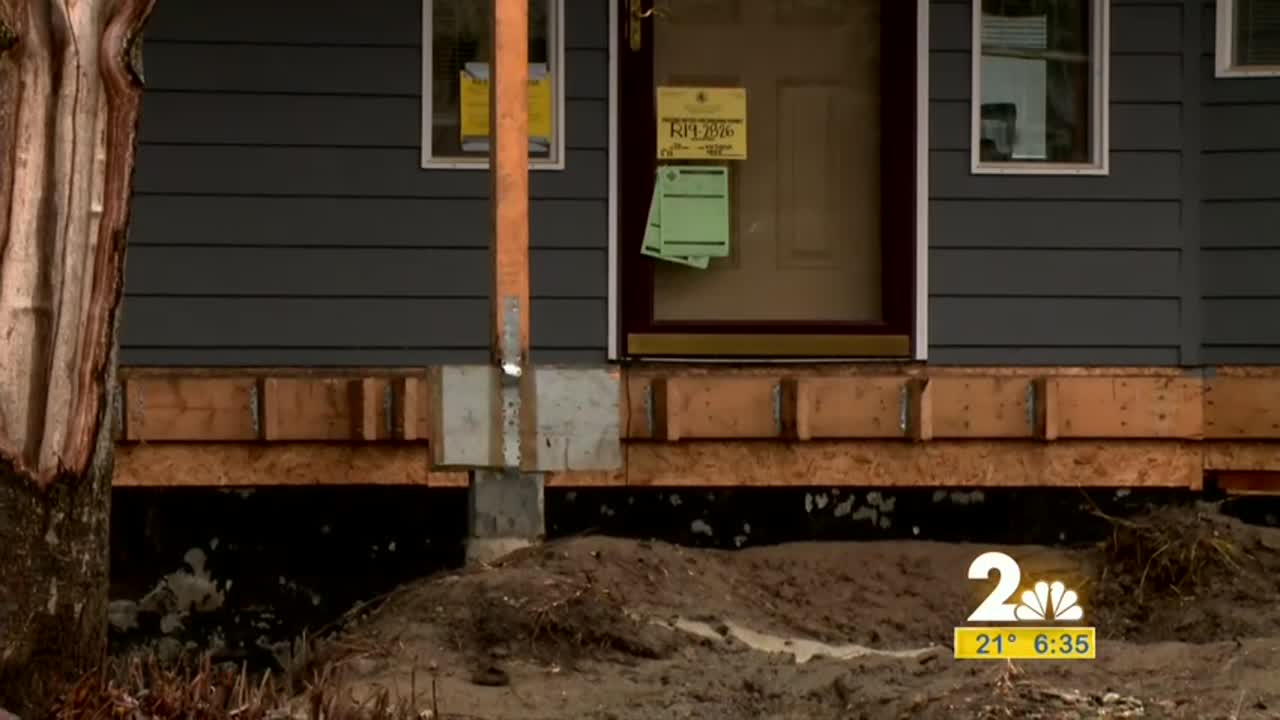 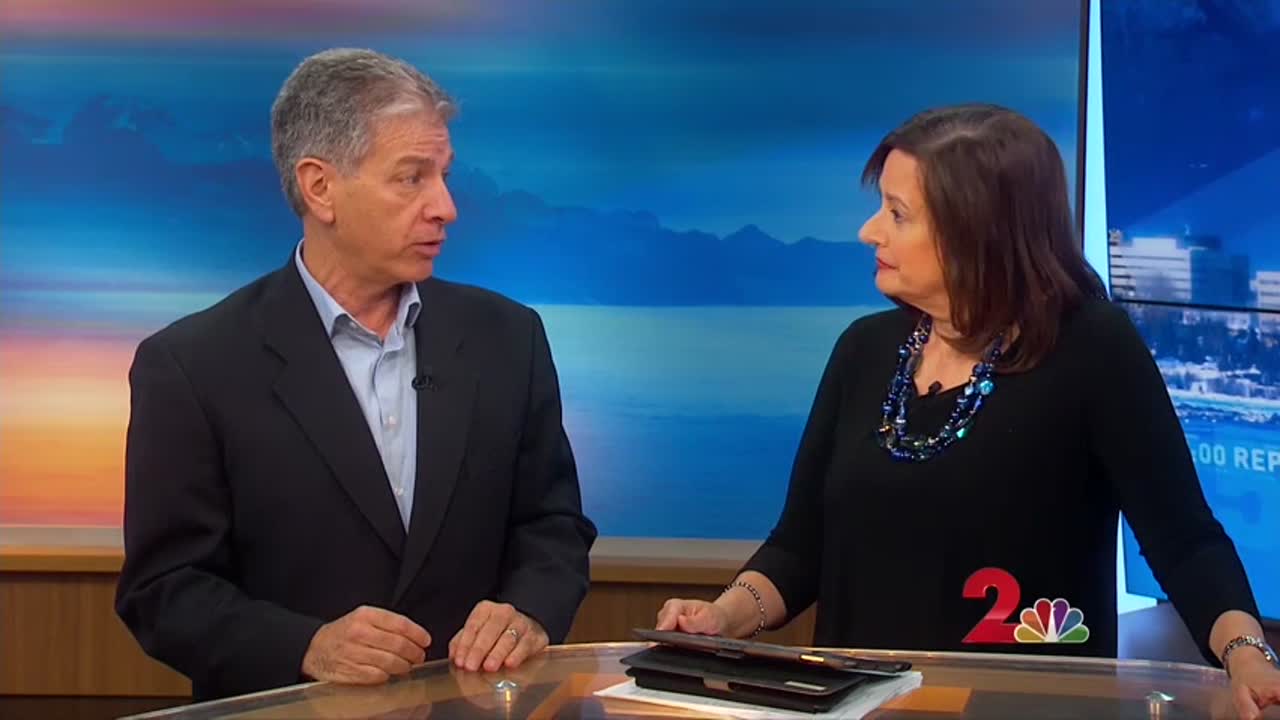 The November 30 Earthquake shook the earth - but also shook residents of Southcentral Alaska and forced them into tough decisions about what to do about cracked foundations, broken bridges and disintegrated roads.

How are folks navigating the complex bureaucracy to get emergency money from FEMA? What are communities doing about construction codes to keep buildings from collapsing? And how are people dealing with the psychological trauma of the quake?

This week for the one year anniversary of the 7.1-magnitude quake, Channel 2 is looking back on the response, the recovery and the lessons Alaskans have learned in the 365 days since the earthquake.

Reporters will bring you stories from first responders, updates on repair work, and tales from some of the hardest-hit families.

Find the stories online and on-air every day the week of Nov. 25.

Over 200 roads and bridges were damaged during the November 30 quake. How is the state doing in its effort to repair them?

Anchorage City Manager looks back on the quake, the aftermath, the recovery

Anchorage City manager, Bill Falsey describes what happened behind the scenes of the initial response to the tremblor during the tense aftermath.

Eagle River homes got hit particularly hard after the November 30 quake. Many residents still haven't returned to their homes.

'I'm incredibly proud to have been Mayor at a time like this': Anchorage's Mayor reflects on 2018 quake

The man at the helm of Alaska's largest city talks about the city's response.

Damage to communities like Sand Lake was so severe, it forced FEMA to modify its rules for earthquake disaster assistance.

Mental Health Recovery, One year after the earthquake

The earthquake that struck on Nov. 30th, 2018 did much more than crack roadways and fracture foundations of buildings. The quake also shattered the sense of well-being for thousands of Alaskans and created wide-spread anxiety.

Long road ahead for schools hit hard by Nov. 30 earthquake

When the November 30th earthquake hit in 2018, local schools - and their students and staff - were sent into chaos.

The 7.1-Magnitude earthquake on Nov. 30, 2018, tested the strength of buildings across Anchorage. Questions remain as to why buildings in some areas suffered more damage than others.

One Year Later: As the earth breaks

With an earthquake recorded on average every 15 minutes and 143 active faults across the state, all Alaskans live with some level of earthquake hazard. 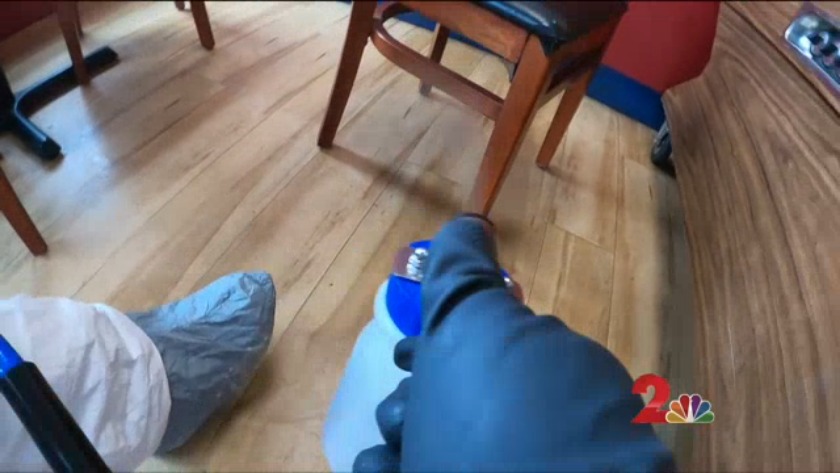